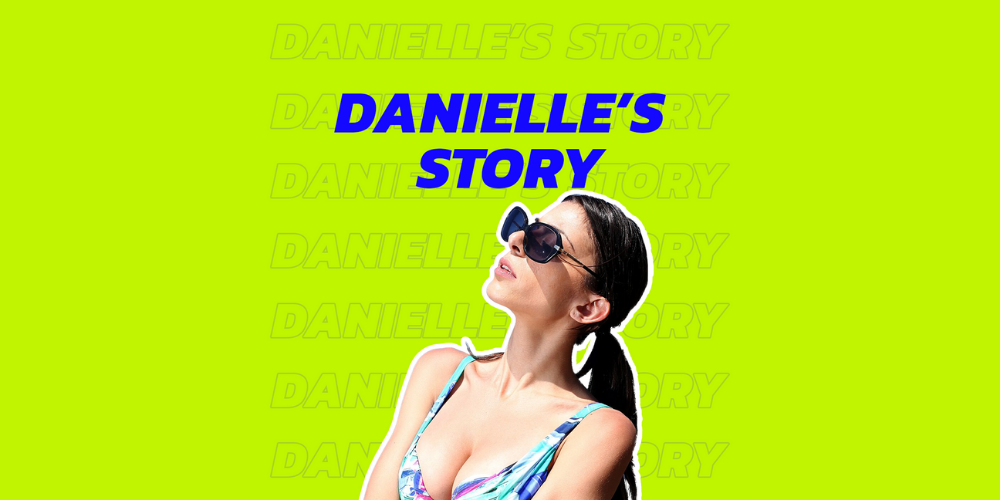 At Best Buds, we know just how powerful CBD can be to help combat all sorts of health issues and medical conditions. But we want you to hear it from someone who’s truly experienced the life-changing effects of our products. That’s why we got in touch with, long-time epilepsy sufferer and cannabidiol user, to discuss the positive impact CBD can have on your day-to-day life if you’re struggling with any debilitating illness or physical condition.

Our questions are in bold and Danielle’s answers come next. Enjoy!

Hey Danielle 😁 Could you please tell us a bit about yourself and your condition?

Hey guys! Well, I’ve had epilepsy all my life. I never quite knew what it was until I had a proper seizure where I completely passed out for a few minutes. That’s when I was taken to hospital and I had all the scans and checks done. That’s when they came back and said that I was diagnosed with epilepsy. To be specific, it’s juvenile myoclonic epilepsy.

How old were you when you were first diagnosed? What were your thoughts at the time?

It was 2005 so I would have been about 15 or 16 years old, but throughout my life I had numerous incidents where I jerked. If I was eating a bowl of cereal and then had a jerk, the bowl would shatter.

For a few seconds, I would lose consciousness – even though I wouldn’t necessarily faint to the ground in those instances. It’s a very difficult thing to go through as a child, especially when you don’t know what it is or how to explain it to someone.

So, when you get diagnosed with a condition and you’re told you’re going to be dealing with it for the rest of your life – that of course is really scary and daunting, especially for someone young because you don’t really know what that means or entails.

They might say, “oh, you’ll have to take medication for the rest of your life,” but deep down you know there’s gonna be a bigger effect than just taking medication. So, I think that was definitely the initial reaction.

For people who aren’t too familiar with epilepsy, can you explain a bit more about its effects and the impact it can have on your daily life?

It’s just day to day stuff. I know for me, my epilepsy can play out more in the mornings just after I’ve woken up or at nighttime.

I try not to overload myself at those times of the day, but it can be hard – especially in today’s generation or society – because we’re so tech based. I’m a very good multitasker but sometimes when I’m on my computer, scrolling my phone and watching my TV in the background I get a flare up. Doing too much can be a trigger for my epilepsy. Too much light, too much thinking, too much multitasking, and it sort of causes a jerk for me.

I think the most important thing is making sure you don’t overload yourself. With my epilepsy I can usually get a little indicator before seizures or a jerk is about to come – I’ll have a little overwhelming feeling for a split second. It’s almost like my body is about to shut down and if there’s enough time, if I have time to react to it, I’ll have acknowledged that, so I’ll think, “OK, I’m doing too much. Let’s put the phone down, let’s close my eyes for 10 minutes, let’s lie down, let’s not think about anything that’s stressing me out, let’s just focus on my breathing.”

That way I can get slowly back into my day to day.

How did you come to learn about CBD – and how did it play a part in managing your condition?

The funny thing is, shortly after I was diagnosed, the hospital here in Sydney ran a program for all the young kids with epilepsy who wanted to learn more about their specific type of epilepsy, where it stems from, and if you can operate on it or not, if it’s a lifelong thing.

So I went and sat with the doctor at the hospital. When she was explaining my specific type of epilepsy, she asked if I had any questions.

And I remember being a young girl at 16, a young adolescent, when you’re at that age in life when you’re finding yourself and trying to grow and experiment. I think I was really grateful I had the opportunity to ask her what the effects of someone with epilepsy are because when you’re a teenager everyone’s sort of trying different things.

Funnily enough, she specifically said that marijuana and CBD would be good for me. She said I should consider trying it – not too little and not too much – just the right amount to play a part in helping with my epilepsy.

And that’s sort of the day that my mind opened up to the idea of CBD and the benefits of CBD and doing all the research into it. I myself could admit that I didn’t know CBD could be beneficial until that day.

Did you notice a reduction in seizures? What was the overall impact CBD had on you?

I take other medications for epilepsy but being a young or old person, it doesn’t matter what age you are, we can always accidentally forget to take our tablets. I know that shortly after I was first diagnosed, I wasn’t the best at managing taking the tablets, and that’s also when CBD came into my life.

I can admit first-hand that CBD was the only thing for a period of time that was in my system. Fortunately enough, I didn’t have any seizures or any jerks during that period so, I can only put it down to the CBD as to how I was able to manage it, especially since the doctor was able to explain that it was used as a medicine prior.

How big a role has CBD played in helping you stay on top of things and just get on in life – without worrying about your condition?

In regards to all the other sorts of things like sleep, I am a massive insomniac. I have trouble going to sleep pretty much every single night. My brain does not stop ticking and this is why I love CBD, because I will have a little drop of oil or a gummy before bed and within 30 minutes, I feel like my whole body is relaxing to 100%, and my mind is slowing down and that will allow me to eventually start winding down.

I also am one to have a bit of a lack of appetite, especially when I’m stressed. My appetite shrinks instead of increases, and I find that CBD helps me when I’m in those periods of time when I know I need to eat something, and I just have no appetite. So, I’ll have a little bit of the oil or a gummy and in 30 minutes, I’m starving and ready to chow down on a big meal.

There are numerous reasons, not just for epilepsy, as to why I’m so pro CBD with all the benefits it can have on someone.

So… Is it safe to say that you recommend CBD as a means of managing a life-changing condition like epilepsy?

For me, I probably couldn’t be more pro something in my life.

To explain it a bit better, growing up I took Panadol, I took Nurofen, I took whatever tablets the doctor prescribed. You sort of take it because you’re like, this is just something you have to do.

But as I’ve started getting older, I realized Nurofen doesn’t really work as well, this one had side effects, this and that, you know… I started realizing that man made medicine, you don’t know what’s in it or what it’s gonna cost you or what the side effects will be.

But CBD is a natural product, it’s something from the ground, you can’t go wrong with it.

I just really wish we could drop this stigma against it because I feel like there’s so many people who have missed out on even just trying it. You can try it and see if it’s for you and if it’s something that you don’t like or you don’t think it’s working, you know you just stop.

How do you think Best Buds would help you out with selecting CBD products?

Sure, CBD is great – but you need companies like Best Buds to make that link, to make the product more accessible to a wide range of people.

The best thing about the guys at Best Buds is that they help you to select CBD products through a thorough and detailed description provided for each product listed online. You know exactly what you’re getting and, for first timers, that’s incredibly useful and comforting. You want to feel supported and educated about what it is you’re taking and putting into your system.

Speaking of support, they also have great customer service where they answer any of your questions about their products and the benefits behind each. I kind of knew what I wanted already, but I know there are plenty of people out there who’ll benefit from that arm around their shoulder as they start their CBD journey.

Before you go, can you tell us a bit more about the Australian Epilepsy Foundation and the fantastic work it does? You’re an ambassador for them, right?

Yes I am! From what I understand, they’re the only foundation that really deal with epilepsy itself because there’s all these foundations for cancer and all these other ones but none for epilepsy besides the AEF.

They basically do everything under that whole umbrella – they provide support for anyone diagnosed with epilepsy from young to old, they offer programs online if you wanna learn more to help you get more educated on your type of epilepsy, or if you’ve got a family member or dog to learn how to deal with their type of epilepsy and all the different types of seizures.

So eventually they found me. I got an email from them asking if I was interested in onboarding and asking if I could help them raise awareness when they have new campaigns, artworks for sale, obviously in relation to epilepsy or anything with epilepsy.

When you do things like that, like charity auctions or Epilepsy Day which is every March, I create some content and try to have some fun and raise awareness and all of that.

I was really fortunate enough to have a lot of people from all over reach out to me and say, “Me too!” It’s sort of opened up a pathway of networks and no one should have to go through this alone and that’s why I do this. 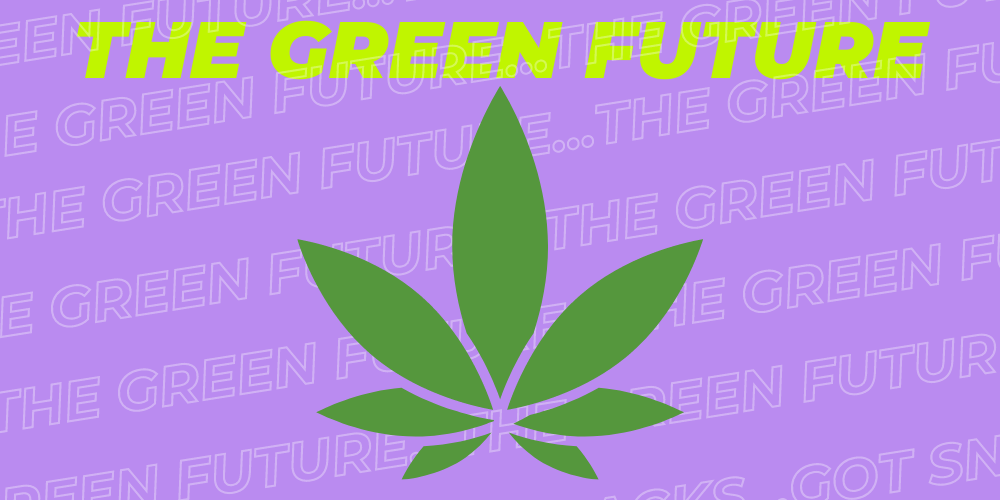 The CBD industry is a quickly booming business. Discover the future of CBD and the trade from its history and present. Find out how CBD can help your canine companion. How can CBD oil ease your back pain? Back pain is something that most of us will suffer from at some stage in our life.   In fact, lower back pain actually causes more disability than any other condition!   Whether it’s incorrect sitting posture, heavy lifting, age, poor sleeping positions, gymming or just chronic [...]